Roofers Mart Chips in for a Good Cause

You are here: Home / Community / Roofers Mart Chips in for a Good Cause 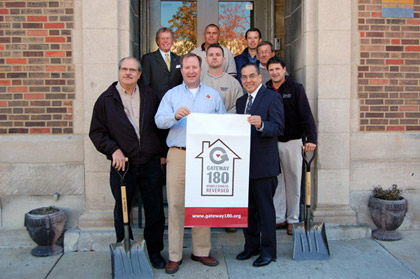 Recently, Roofers Mart was fortunate to take part in a charitable roofing project in downtown St. Louis. We were contacted about Gateway 180 Homeless Organization’s need for a new roof. In the event that they were unable re-roof their facility, they would struggle to bring their services to the community. As a resource for women and children experiencing homelessness, Gateway 180 provides a safe, emergency shelter designed to get families into transitional or permanent homes in 30 days or less. Furthermore, the organization shared that they have an 84% success rate that people placed into housing escape the cycle of homelessness.

Together with Kirberg Roofing and Local 2, Roofers Mart provided Gateway 180 with a new roof at no cost.